MAERSK is an electroacoustic composition based on a memory of a scenery during my daily commute with thousands of other people as we travel across the Bosphorus each day. If you consider passing by the biggest freight dock in the city where thousands of ca rgo containers piled on top of each other, what you see is collection boxes with a collage of different colors, brand labels, company logos from all around the world, many from unknown origins. As the spectator, you can focus on each single piece or consid er the whole as one big object.This piece focuses on the vibrations when lots of different sound fragments come on top and interact with each other. Mainly consisting of minor timbral changes, it invites the listener for a closer experience, offering a temporal perception shift with long duration sounds. You can focus on each fragment or conceive the whole as a single sound object. MAERSK was commissioned and released by 7K! Berlin in the compilation album ‘String Layers’ in 2020.

GADZ is an experimental duo from Istanbul; Zeynep Ayşe Hatipoğlu and Gökhan Deneç on instruments and electronics.

Through the dialogs we established during the studio recordings, we valued the fluid manifestations of activity and passivity; through a constant flux of being affected by each other, and affecting one another. Within the recording process, we intended to open a sonic window of ‘listening’ and ‘being heard’ while referencing Eve Ensler’s Vagina Monologs, at a time in which silenced voices need to be heard and reintroduced through dialogs.

Performed and composed by Klank.ist Ensemble at ITU MIAM recording studios on June 2019. 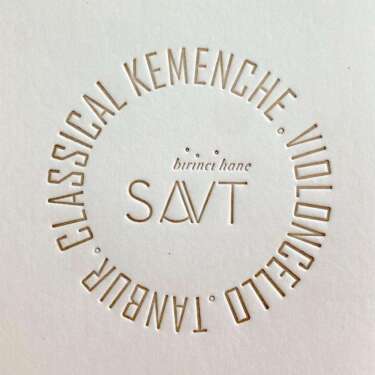 We have recorded our album in two days of studio improvisation sessions in Istanbul. Our main motivation was to explore some new sound possibilities around/above the Turkish makam music heritage. During our recording session, except for the piece ‘On the fly,’ the only predetermined aspect was the timing. We have recorded one shot of several tracks with different timings and instrument combinations (solos, duos, trios). The piece ‘Bükül’ is an excepted one; cello and classical kemenche improvise together, and a separate solo improvisation by Tanbur overlapped on it. We have shaped our album idea by referring to the tradition of Turkish music. The title of the album “Birinci Hane” (meaning ‘first home’ or ‘first grade’) and the track names inspired by the concepts of ‘home’ (ev, hane), ‘space’ (mekân) and ‘makam’.

All tracks on the album are improvised recordings by SAVT, except “On the Fly” composed by Zeynep Ayşe Hatipoğlu.

We would like to thank Cevdet Erek and Tolga Balcı for their inspiration in this collection as an album; to Şevket Akıncı, Anıl Eraslan and Stéphane Clor for their guidance on the release process. Special thanks to Laçin Şahin for recorded and mixed, Berk Falay and Oğuz Öz for their recording assistant, ITU MIAM Recording Studios, Gökhan Deneç for Mastering, Beste Türkön for CD Face Design, Yula Baskı Atölyesi for CD Cover Design and Print, and Başak Erdem (@lines_dots_) for the final handwriting touches.

Field Kitchen Academy is an interdisciplinary educational residency program in Wüsten-Buchholz, aims at transcending the borders between research and practice; beyond forms and formats. In the Field Kitchen Academy’s listening room, you will be listening to a series of recordings that act as a catalogue and a log book of the residency curated under the title of Silence with the Consent of Sound. Instead of a printed catalogue, what you will hear is the audio catalogue to that gives space to Field Kitchen Academy’s every participant and working session leaders in 2019. During the course of the residency (16 August – 11 September 2019) each participant is assigned a particular day to make a 90 seconds of recording. The recordings had to be made on that exact given date, and reflect how they perceive that particular day at the residency from their own perspective.

This electroacoustic piece ‘Uzaktan’ was recorded in April 2020 at Tarabya and Kurtuluş, Istanbul/Turkey during lockdowns.

This album consists of the noise compositions of 2016 Computer Music class from ITU MIAM.